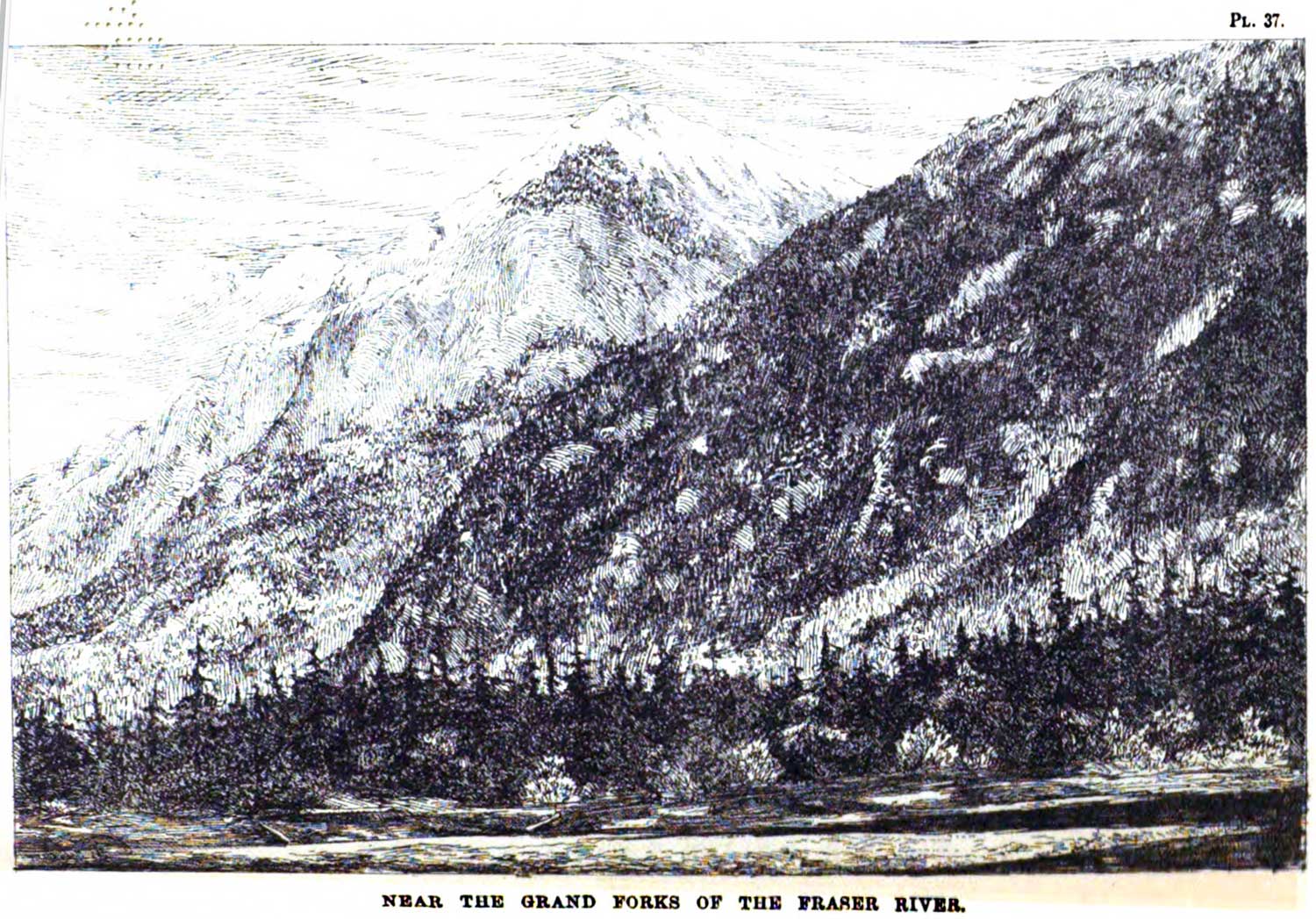 Near the Grand Forks of the Fraser River. George Monro Grant, plate 37
Ocean to Ocean: Sanford Fleming’s Expedition through Canada in 1872

So called on Coleman’s 1911 map of the Mount Robson region.