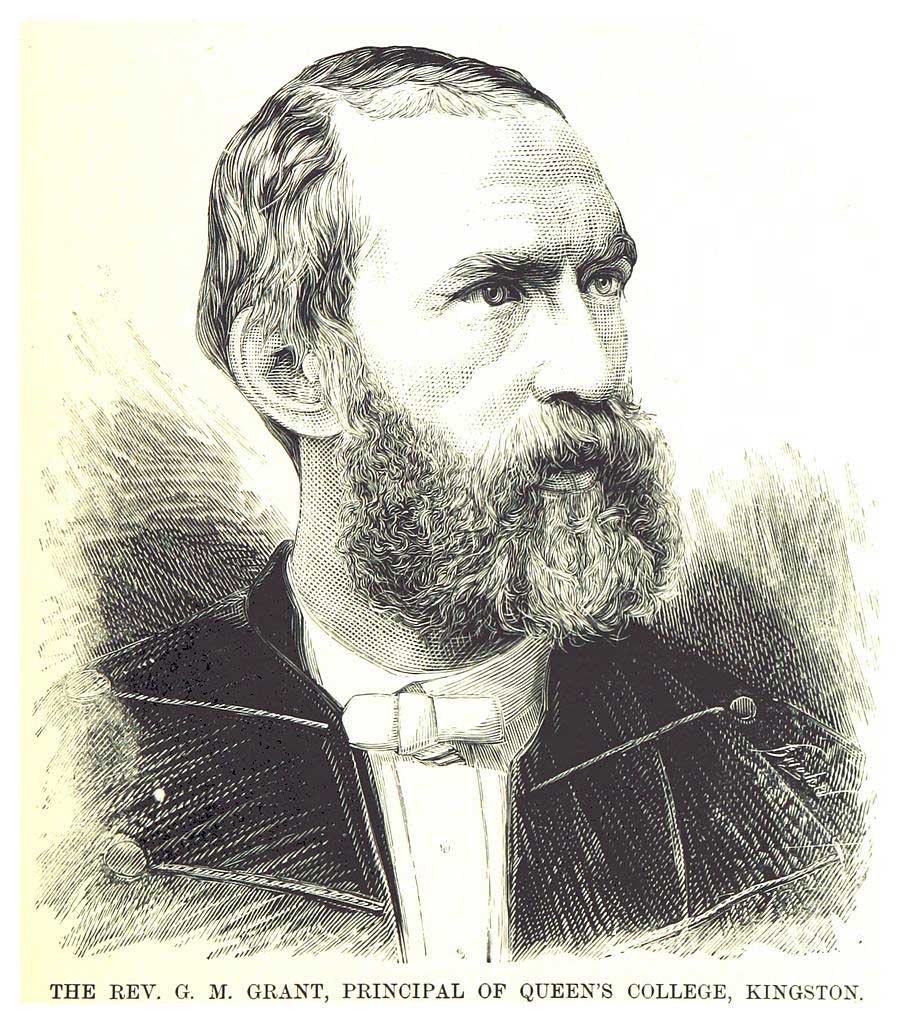 George Monro Grant [1835–1902] was secretary to Sandford Fleming [1827–1915] during the engineer’s survey of the route for the Canadian Pacific Railway in 1872. Born in Nova Scotia, Grant was ordained as a minister in the Church of Scotland in 1860, and was made moderator of the Presbyterian Church in 1899. He was a charter member of the Royal Society of Canada, founded in 1882, and was president of that society in 1901.

When British Columbia entered the Dominion of Canada in 1871, preliminary surveys for the promised transcontinental railroad began from east and west. After reading the preliminary reports, chief engineer Fleming decided to travel overland to see the main features of the country with his own eyes. He took along his lifelong friend George Munro Grant. During this journey, which took him on horseback across the prairies and over the Rocky Mountains by way of Yellowhead Pass, Grant kept a diary, which he published as Ocean to Ocean (London, 1873). He does not make mention of a brook being named in his honour.

Our three ranges are the Rocky Mountains proper; the Selkirk and Gold, which may be considered one and the coast range or Cascades. The passage from the east through the first range, is up the valley of the Athabasca and the Myette, and we have seen how easy it is, especially for a Railway. The average height of the mountains above the sea, is nine thousand feet but the Yellow Head Pass is only three thousand seven hundred feet. On each side of the valley are mountains that act as natural snow-sheds.

The next question is, are there similar valleys and passes through the other two ranges ? Yes, but not so direct and broad, and there are many obstacles to be overcome. How to get through the second range has always been considered the great difficulty.

First, we have to get to it from Yellow Head Pass. This is done by following the Fraser, as we did to day to Moose Lake, and as we shall to-morrow, to Tête Jaune Cache. There we expect to see the Gold range stretching in unbroken line before us, forcing the Fraser far to the north, and us somewhat to the south east and then the south. Oh for a direct cut through to the Cariboo gold fields like that which the Athabasca cleaves the Rocky Mountains with !

“Grant Brook” appears on McEvoy’s 1900 map of Yellowhead Pass. From his report, “Fourteen miles from the pass, a large stream called Grant Brook flows in from the north. It is about fifty feet wide and very swift.”