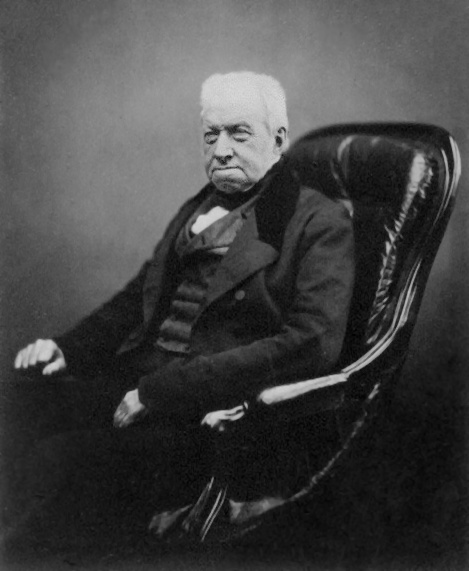 “Being well rested by one o’clock, I set out with the view of ascending what seemed to be the highest peak on the north,” wrote botanist David Douglas [1799–1834] of his crossing of the Athabasca Pass in 1827. “Its height does not seem to be less than 16,000 or 17,000 feet [4880-5180 m] above the level of the sea. The view from the summit is of too awful a cast to afford pleasure. Nothing can be seen, in every direction as far as the eye can reach, except mountains towering above each other, rugged beyond description. This peak, the highest yet known in the northern continent of America, I feel a sincere pleasure in naming ‘Mount Brown,’ in honour of R. Brown, Esq., the illustrious botanist.”

Robert Brown [1775–1858], the first keeper of the botanical department in the British Museum, was also the namesake of Brownian motion, the incessant motion of microscopic particles suspended in fluids. David Douglas was his student. Douglas’s ascent was the earliest recorded climb in the Canadian Rockies.

When mountaineers first came to the Rockies in the late nineteenth century, they were anxious to find and climb this “highest yet known” peak. In 1893 the highest mountain Arthur Philomen Coleman could find near the Athabasca Pass was about 9,000 feet (2740 m) high. In 1908 Hugh Stutfield and J. Norman Collie took another look for the 17,000 foot Mount Brown and nearby 16,000 foot Mount Douglas. “If David Douglas climbed a 17,000 foot peak alone on a May afternoon,” they wrote, “when the snow must have been pretty deep on the ground, all one can say is that he must have been an uncommonly active person. What, of course, he really did was to ascent the Mount Brown of Professor Arthur Coleman. These two fabulous Titans, which for nearly seventy years have been masquerading as the monarches of the Canadian Rockies, must now be finally deposed, and Mounts Forbes, Columbia, and Alberta, with Peak Robson, west of the Yellowhead Pass, must reign in their stead.”