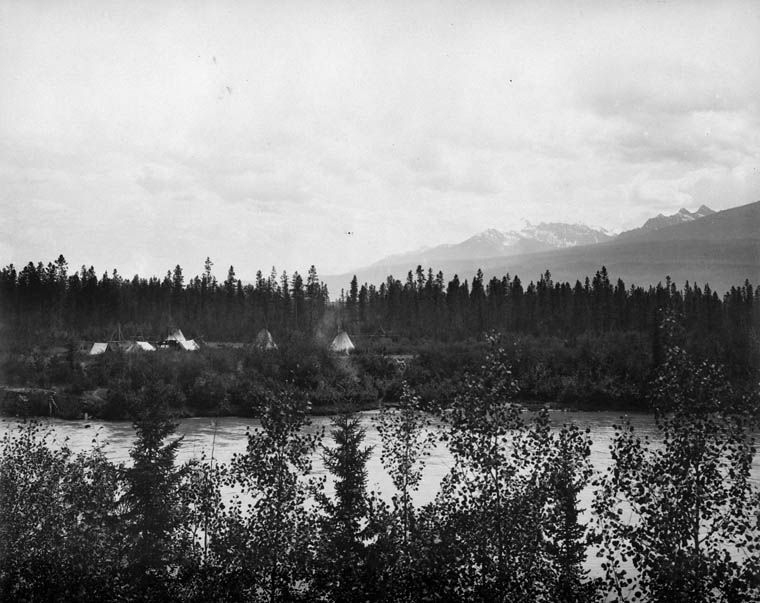 The Raush River was originally known as the Shuswap River, after the natives living in the area at first white contact. There was a Shuswap settlement at Tête Jaune Cache. The Robson Valley marked their northern limits.

These Shuswap Indians of the Texqakallt band of the upper North Thompson River were the earliest known inhabitants of the upper reaches of the Fraser River. They were almost completely nomadic. They dressed only in marmot skins and slept on the open snow with their feet toward a central fire. At times, they constructed bark teepees. Lodges and fish drying racks were constructed in prime salmon fishing territory at the confluence of the McLennan and Fraser Rivers in the vicinity of what is now Tete Jaune Cache. As well as salmon from the Fraser, trout were reportedly taken from Yellowhead Lake. They hunted bighorn sheep, mountain goats, moose, marmots, and other small mammals and birds. They also relied on edible plants in the area, especially berries.