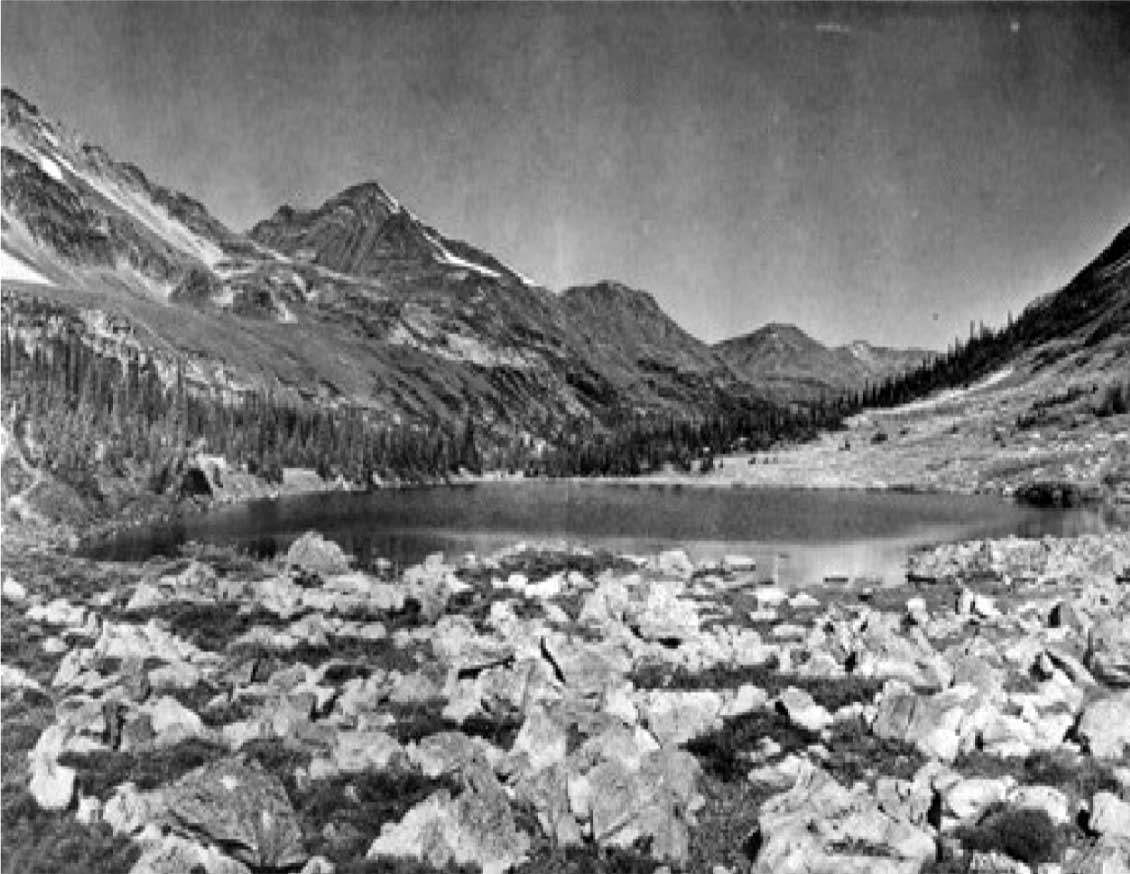 At the very top of the pass or height of Land is a small circular Lake or Basin of water which empties itself in opposite directions and may be said to be the source of the Columbia and Athabasca Rivers as it bestows its favors on both these prodigious Streams. That this basin should send its Waters to each side of the Continent and give birth to two of the principal rivers in North America is no less strange than true both the Dr. & myself having examined the currents flowing from it East and West and the circumstance appearing remarkable I thought it should be honored by a distinguishing title and it was forthwith named the “Committee’s Punch Bowl.”

The Doctor was John McLoughlin [1784–1857]. The Committee was the executive of the Hudson’s Bay Company.

On the top of this height was six inches of newly-fallen snow, and a small circular pond of water about twenty feet in diemeter. This height I named after our Governor, Mount Simpson ; and the basin of water on its top, the Governor’s Punch Bowl. No elevated height in this country can present a more interesting prospect than that viewed from the top of Mount Simpson: to the west, in particular, it is of a highly picturesque character.

Fur traders paused at this natural campsite to drink a toast “to their Honours the Governors,” the governing committee of the Hudson’s Bay Company in London.