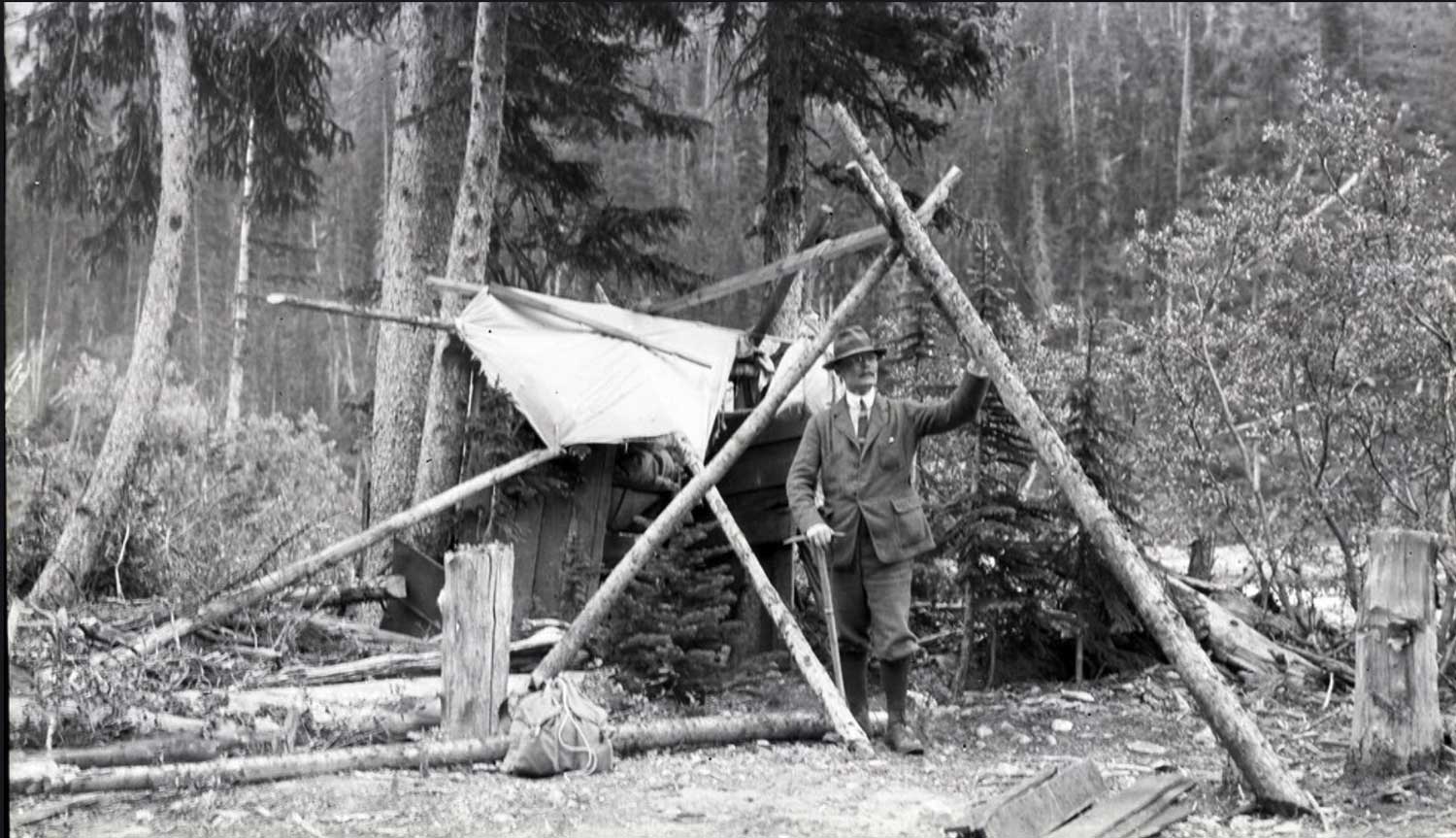 In 1915, Andrew James Gilmour [1871–1941] attempted an exploration of the then unknown Cariboo mountains. The attempt, with Edward Willet Dorland Holway [1853–1923] of the University of Minnesota, was largely defeated by continuous bad weather. In 1916, Gilmour took part in explorations of the peaks and glaciers north of Mount Whitehorn and west of the Robson Pass, including the first ascent of Mount Longstaff. With Newman Diefendorf Waffl [1879–1930] and Helen I. Buck [1884–1972], he made the first ascent of Mount Sir Alexander in 1929. Gilmour Glacier was named in 1947 by Raymond T. Zillmer [1887–1960].

Andrew Gilmour died in 1941, in New York after an illness of nine months. By vocation a dermatologist, his avocation was travel and alpinism and for thirty years his activity ranged through the Alps, the Pyrenees, the American and Canadian Rockies, Wales and the Lake District, Mexico, the Cascades and the lesser peaks of the eastern United States.

Although his climbing interest manifested itself as early as 1905 with an ascent of the Gross Glockner, it was not until 1914 that it ripened with full-fledged mountaineering. That summer he joined and Holway and Frederic K. Butters in a month’s arduous back-packing trip in the southern Selkirks.

The close friendship thus formed between Holway and Gilmour led to further important explorations and first ascents: in 1915, of Mt. Edith Cavell and the entirely unknown country at the headwaters of Small River and Horse Creek, with a nearly successful ascent of Mount Longstaff, and, in 1916, to the capture of the latter together with Mount Phillips, the approach being made from the Swiftcurrent Creek side.

These expeditions by Holway and Gilmour were personal “backpacking” enterprises into virgin territory. They were performed without Swiss guides or pack-trains, although an occasional horse might assist in the preliminary stage. Their main reliance was upon local men who helped to pack the party in and then acted in support by relaying provisions and sometimes by hunting game.

Dr. Gilmour was a member of the American, Canadian, Swiss and French Alpine clubs, the Explorers’ club, and the Appalachian cub. He was a fellow of the Royal Geographic society of London.